Diane Evans is an award-winning professional Atlanta-area artist who has lived and studied worldwide. She works in numerous areas in the field of art: painting, collage, drawing, mixed media, clay, embroidery, fibers, and jewelry making. Her work is influenced by her experiences, which includes a passion to take and recreate a shape.

A graduate of Dayton Art Institute, Diane began in the field of visual merchandising working at Mass Bros. in Tampa and later joined Neiman Marcus in Atlanta. With a strong desire and daily inspiration to create works of art from nothing, Diane later moved onto serving as the art instructor at St. Anne's Episcopal Day School for 29 years where she instilled this thought process in her students.

Additional studies in the field of art include Reggio Emilia in Italy, painting with Chery Baird and clay with Carol Brull at the Spruill Center.

Additional memberships include the Perspective 7 and Shadowline critique groups where she is able to share ideas and learn from other artists. As a former member of Embroiderers' Guild of America and a member of the Smocking Guild of Atlanta, Diane's embroidery designs have been published in Creative Needle magazine. 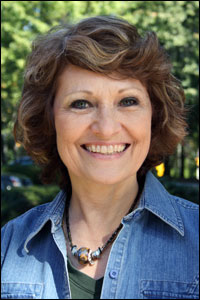